Since being officially registered in 2017, Open Cages Ukraine became the first organization that started working on farmed animal issues in the country. Within three years, awareness within Ukrainian society regarding the cage-free topic has grown to the extent that the Ukrainian government is now considering signing an EU Directive on banning battery cages in Ukraine. An investigation into a Ukrainian foie gras production facility influenced both corporate and legal spheres of different countries, being used for a successful foie gras sales ban campaign in the state of New York and being one of the main focuses for corporate outreach work in Ukraine, the United Kingdom and Denmark. Open Cages Ukraine is now focusing on a cage-free campaign directed at supermarket Auchan, lobbying on the EU Directive to ban battery cages, removing foie gras from Ukrainian restaurants and promoting a new foie gras production ban. It is also in cooperation with the fashion industry working on fur free campaigns as well as focusing on the popularization of plant-based alternatives in the business sphere and with the Ukrainian public. 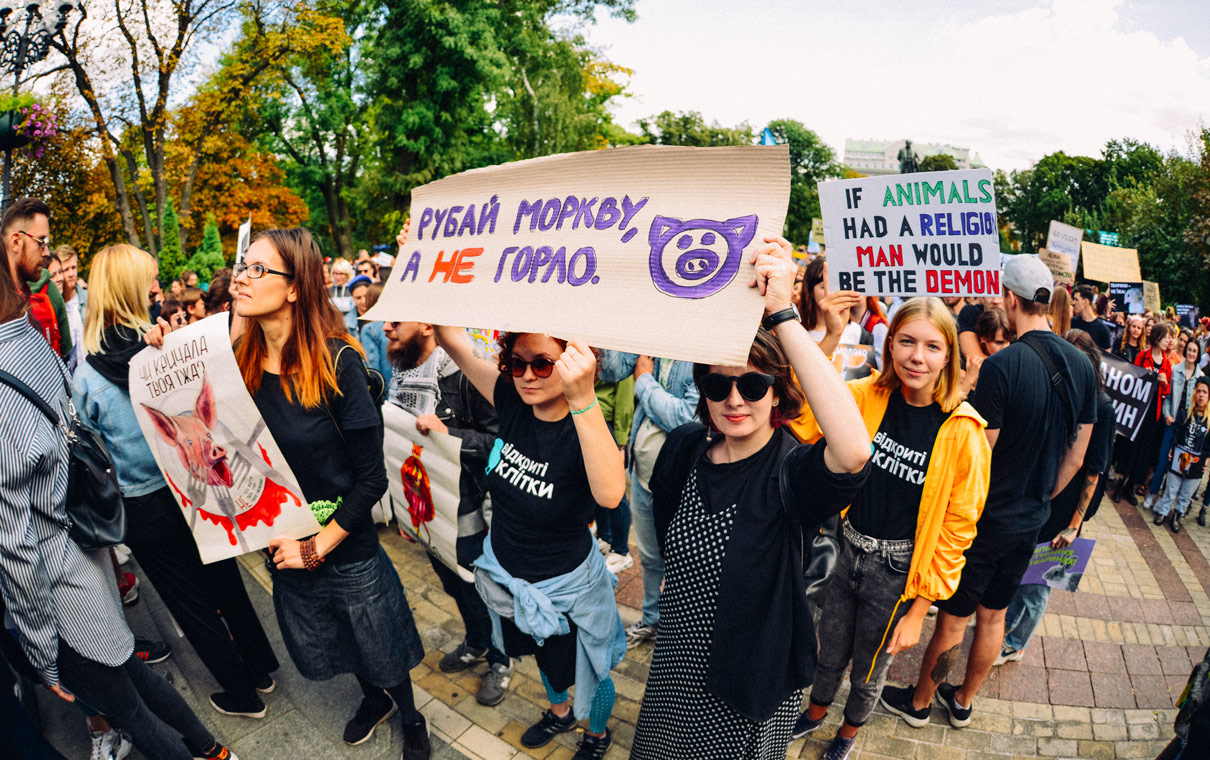