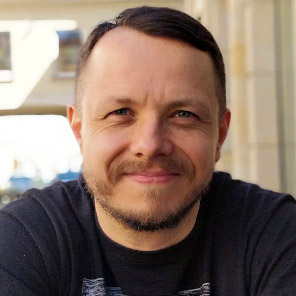 Interview with Michael Huemer, the author of ”Dialogues on Ethical Vegetarianism”

Michael Huemer is a professor of philosophy at the University of Colorado Boulder. He is the author of six books and over seventy academic papers in ethics, epistemology, and political philosophy, almost all of which are available at his website. His latest book, Dialogues on Ethical Vegetarianism is concerned with the plight of farmed animals and has been receiving rave reviews, as well as endorsements from a variety of voices. Peter Singer himself wrote about Huemer’s Dialogues: ”In the future, when people ask me why I don’t eat meat, I will tell them to read this book.”

Anima International’s Head of Policy Włodzimierz Gogłoza translated Dialogues into Polish and wrote the afterword for its Polish edition. Recently, Gogłoza had a short Q&A with professor Huemer in which they discussed the book and talked about how readers can help farmed animals.

WG: There are already a lot of books on the market about the ethics of eating meat. Why did you feel the need to write this one, and why do you believe people should read it?

MH: Well, most of that literature is in the form of long, academic-style disquisitions. I wanted to have a contribution that was as accessible and readable as possible, while still explaining the important arguments. So I thought of doing it as a series of dialogues — which, as far as I know, hasn't been done for this subject before. So I think I might have succeeded in writing the most enjoyable treatment of the topic.

WG: Are these dialogues inspired by actual conversations you’ve had with your friends/colleagues over the years?

MH: Sort of. I guess it was inspired first of all by the Socratic dialogues written by Plato. I mean, that has to be where I got the idea to write philosophy in dialogue form. But yes, the specific content of the arguments in the book is in fact based on conversations I've had with people, plus some things people have said in print, either in articles or on the internet. Pretty much all the arguments by the meat-eater are things that real people have said.

WG: In the book you raise many common arguments against veganism. Why do you think people who encounter the common-sense idea of not consuming animal products on ethical grounds (i.e., the idea that causing unnecessary suffering for trivial reasons is wrong) raise so many objections against it?

MH: Well, first, they're collected from many different people. No one person would give all these arguments, the way the character in the book does.

The best explanation for this is that they are rationalizing. Usually, when an idea is wrong, there will be significant agreement among critics about one or two specific issues with it. But when an idea is correct but inconvenient, people will start reaching for any objection they can think of, and they'll come up with lots of different implausible ideas. When one implausible claim is refuted, then they'll quickly invent another one. It takes a long time to exhaust a clever person's ability to come up with rationalizations.

WG: Have you encountered any new and interesting challenges to ethical veganism since publishing the book?

MH: None that I can think of. This issue has been discussed for decades, so the basic facts and ideas it involves have been well-known for a while. Plus, it’s just not that complicated. So it's unlikely that someone is going to come up with some big new idea about it.

WG: You are a professional philosopher who specializes in ethics (among a number of other philosophical fields). There’s research that shows that while most professional ethicists agree with the statement that eating meat is morally wrong, they are actually no more likely to be vegetarian/vegan than professors who are not specializing in ethics. Why do you think it is? Do you have any ideas about how to address the disconnect between beliefs and behaviors observed not just among ethicists, but also many other people who harbor some doubts about the morality of eating meat, and yet still consume animal products?

MH: Well, human beings have been programmed for selfishness by 2 million years of evolution. Most don't care about morality, unless there is social pressure or a threat of punishment. If you're smart and you study ethics, you're probably going to be able to figure out what is ethical, but you're still going to have that instinct for selfishness.

With regard to getting people to be more ethical, I don't know how much can be accomplished. I think there needs to be more social pressure, so that people feel disapproved of when they are being extremely immoral. We also need laws against the worst behavior, and we need them to be enforced. The difference between psychopaths and normal people is not that normal people are motivated by morality and psychopaths aren't. Neither group is motivated by morality. The difference is that normal people are motivated by social pressure and fear of punishment, and psychopaths aren't. We don't like to think of ourselves that way, but that's what our behavior indicates.

Realistically, most people are not going to change their behavior until there is a market alternative that is more enjoyable, cheaper, or otherwise serves our interests — I’m thinking here of lab-grown meat.

WG: Many of our readers are already vegan or vegetarian. Do you have any suggestions of what else they can do to help farmed animals?

MH: I give to animal-oriented charities. I use Animal Charity Evaluators to find good ones. I also give copies of my book to people.

WG: Last but not least, can you share the recipe for V’s “great carrot ginger soup” with our readers?

MH: Of course. It's a little labor-intensive, but it's delicious. You need 1 lb. of baby carrots, 1 ginger root, 2 cups of non-dairy milk (I use Ripple pea milk), and some water. Peel and slice the ginger, slicing across the fibers. Boil the carrots and ginger in water for half an hour. Adjust the amount of water depending on how thick you want the soup. Then add the milk, and mix in a blender until smooth.

Włodzimierz Gogłoza, Ph.D is a Head of Policy at Otwarte Klatki and Anima International, and a former Assistant Professor of Law at the Maria Curie Sklodowska University in Lublin, Poland. During his stay in academia he co-authored one book, co-edited seven scholarly volumes, and published dozens of academic papers in fields relating to legal history, history of social movements, history of managerial thought and economic analysis of law. 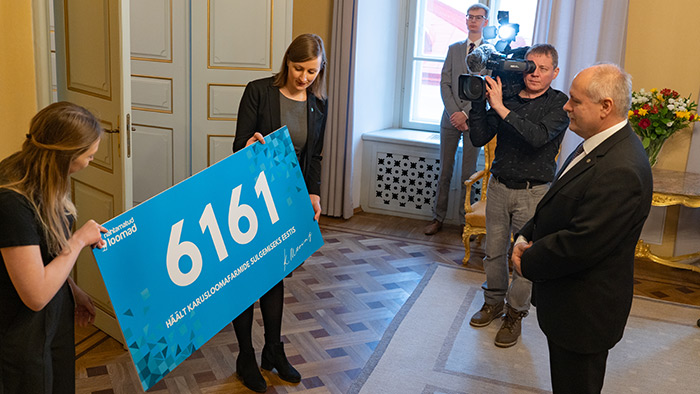 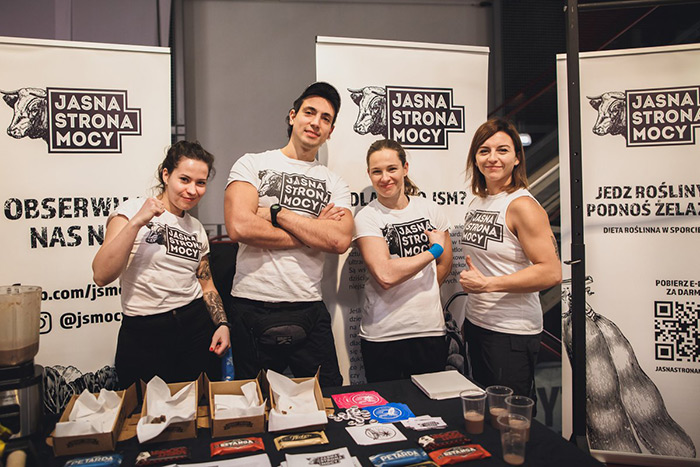