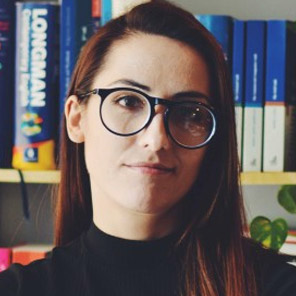 A healthy heart and a compassionate one go hand in hand

The impact of specific diets on athletic performance is widely debated in every area of sports, from running and cycling to martial arts and weightlifting, and many others. It makes sense that athletes pay close attention to what they eat: proper nutrition is exceptionally important for overall health and, correspondingly, for every aspect of athletic performance—including strength, endurance, and recovery. Otwarte Klatki’s “The Light Side of the Force” campaign focuses on the health benefits of plant-based eating and emphasizes that this diet is not an obstacle to excellent athletic performance, even at the championship level. There’s an excellent trailer on Otwarte Klatki’s Youtube channel, as well as several individual videos profiling some of their 40+ “ambassadors”—accomplished athletes in a variety of sports, all of whom follow a plant-based diet. The videos are available with English subtitles.

Misleading stereotypes about plant-based diets are common—many people perpetuate the myths that plant-based diets will make people weak or protein deficient, that avoiding meat means only eating lettuce, or that men will grow breasts if they consume too much soy. However, ditching meat in favor of nutritious plant-based meals and products is becoming more and more common, including among athletes. This change goes hand in hand with growing awareness about nutrition more broadly and increased education about how to compose a well-balanced diet that will supply the body with everything it needs to thrive during intensive athletic training.

The Light Side of the Force is a campaign that connects these two themes—healthy, plant-based food and sports. The campaign aims to challenge the misconceptions surrounding plant-based diets in the context of athletics, in part by promoting successful competition athletes who follow plant-based diets. Additionally, the campaign attempts to make information about nutrition and plant-based nutrient sources more readily available to people interested in reducing their meat consumption for whatever reason. The campaign relies heavily on scientifically-backed claims, avoiding saying anything that isn’t supported by research. While it originated in Poland, it is now also present in Ukraine and Estonia and will soon expand further.

The campaign’s audience isn’t limited to athletes themselves—it also includes the professional communities of dietitians, trainers, and coaches. All of the ambassadors, however, are champions at the national, international, or world level in the most demanding of athletic disciplines. This includes long-time vegans and vegetarians who developed an interest in sports and have been very successful, as well as long-time athletes who decided to ditch meat at a certain point in their sports career.

While many athletes’ switch to a plant-based diet is motivated by health concerns, it is often the case that other motivations follow. One of the campaign’s ambassadors in Poland—an MMA and BJJ fighter with over 9 years of training experience—said that his initial reason for giving up meat was a curiosity to see how it would affect his well-being and performance, but that once he made the switch, the ethical motivations began to speak to him as well. This anecdote is representative of many other ambassadors as well. As our work progresses, we are excited to introduce even more athletes to both the health and ethical benefits of plant-based eating.

If you’re passionate about sports and would like to join our international team working on the athletic campaign, please contact us at anna.kozlowska@jasnastronamocy.pl.

Sport Campaign Specialist at Open Cages, Poland. Ania is passionate about working with the sport community to make plant-based alternatives more widely available and popular. Ania is an enthusiast of strength training and eating large amounts of nutritious food.

Documenting the victims of factory farming: an interview with photojournalist Andrew Skowron

Huge victory for animals in Poland