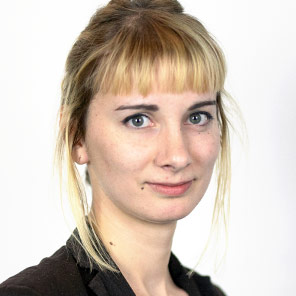 The Polish fur industry is in crisis

Currently 50% of the world's fur farming takes place in Europe. One of the countries that have been at the top of the infamous ranking of fur producers for years is Poland. For several years now, Poland, Denmark and China have been the three countries that kill the largest number of animals bred for fur, such as minks, foxes and raccoon dogs.

The fur industry is associated with very similar welfare problems to any other type of intensive animal husbandry. What makes it special is that we are approaching the total end of the industry, and thus an end to the animal suffering, the pollution of the environment around the farms, and the negative impact these farms have on the welfare of local residents, who often do their best to block fur farms in their area.

We are committed to achieving a complete end of fur farming in Europe and the organizations forming Anima International have always been active in campaigning against this cruel industry. In Poland the majority of work against fur farming has been undertaken by two organizations - Open Cages Poland (part of Anima International) and Viva! There are many signs that after years of growth and expansion in Poland, as a result of shifting social norms and the relentless campaigning of animal rights organizations, the industry is finally in decline.

The beginning of 2020 marked the biggest crisis the Polish fur industry has seen in years. In January and February as many as 40 fur farms disappeared from the map in Poland, mink skin prices were among the lowest in history, and two mink skin auctions were canceled. There has been a decrease in the number of students looking to study fur farming at universities for several years now, and the Kuyavian-Pomeranian Agricultural Advisory Center is officially forecasting a further deepening of the industry crisis next season.

One third of fur farms have been closed

In the past four years, 192 fur farms — nearly one third of the total number — have been closed. Just in January and February of this year alone, after the slaughter of foxes and minks had ended for the season, 40 fur farms closed their doors for good. ”After killing animals at the turn of the year, breeders decided to withdraw from this kind of activity”, says Paweł Rawicki, President of Open Cages Poland. ”According to the information that we are receiving, some of the breeders are having a lot of trouble selling hides from previous years, which are simply sitting in warehouses losing value.”

Based on my experience as Director of Investigations at Open Cages Poland, I understand that there may be even fewer active farms than there appear to be, given an evident lag in updates to the Veterinary Inspection register. Otwarte Klatki has been monitoring two fox farms—in Karski and Goliszów—where we have previously done investigations, and although we know that the farms are being demolished, they are still listed in the Veterinary Inspection register as active locations. At the first farm we found a polar fox puppy with a protruding broken bone in their paw. At the second, we found several dozen starving animals. Currently there are animal abuse proceedings against the owners of both of these farms, and the farms have shut down. Wiltowska believes that there are more farms whose shutdown has yet to be recorded in the register.

Analysis of recent trends in mink skin exports reveals the condition of this industry. According to data from the Analysis and Decision Support System of the Central Statistical Office, in 2015, Polish breeders exported 9,322,781 mink skins at an average price of ~$38.00 each. In 2019, breeders sold 6,641,202 mink skins, but their prices fell to ~$23.00 each. As a result, breeders earned only 43% of what they earned four years earlier. This comes in tandem with devastating auction results reported by Saga Furs in March: of all the skins offered during the auction, only 15% of fox skins and 9% of raccoon skins have been sold.

Animal suffering is not in vogue

Growing consumer awareness of the conditions in which animals are bred means that more fashion brands and designers are withdrawing natural furs from their collections. In 2019 alone, more than 100 brands worldwide announced that they would stop using real fur—this included such fashion giants as Burberry, Lacoste and Prada. Polish clothing companies are observing international trends and are not lagging behind. Last year, 21 Polish store chains and brands joined the Fur Free Retailer program coordinated by Open Cages Poland. Among the reasons cited by designers, the most common are a concern for animal welfare, consumer expectations, and the desire to seek ethical innovations in fashion.

Between the collapse of the fur industry and the debate about a fur farming ban in the Polish parliament, the number of veterinarians specializing in fur animals has decreased. Since 2017, there have been no or very few people willing to specialize in this way, according to Anastazja Kędziora from the Veterinary Medicine Specialization Committee. Privately, some veterinarians have said that the veterinarians specializing in fur animals in 2017 - the last year this specialization was offered to students - will be the last in history to do so. Kędziora is less sure; she believes that we may again see this specialization offered to students, providing there is interest. At the moment, however, there are no new farms and nobody seeking to specialize in fur animals.

In 2018, fur breeders—supported by Polish MP Jarosław Sachajko—wanted to demonstrate that fur farming is an important field of research for Polish science. The Ministry of Science and Higher Education replied that “In the last 3 years, there have been no scientific projects concerning the breeding/rearing of fur animals, and during that period, only one application for funding for fur farming-related research was submitted to the National Center for Research and Development, and it was not recommended by the Panel of Experts for funding”.

The crisis in the fur industry is not only being discussed by animal activists. Recently, on the occasion of the discussion of the XXII Raw Furskin Show, the Kuyavian-Pomeranian Agricultural Advisory Center reported that ”in the 2018/2019 season, mink prices were below production costs”. As farmers' advisors pointed out, ”forecasts for the new 2019/2020 season are still challenging; auction bids around the world will fall by 30%.”

The banking sector is reluctant to finance fur farmers

In light of the crisis in the fur industry and the corresponding bad optics of financing of such activities, the banking sector has also started to impose restrictions on lending to clients related to the fur industry. The Dutch Rabobank, which has been providing financial support to farmers for over 100 years, included in its 2018 guidelines that they would be excluding new customers associated with the fur industry from financing (and existing customers who would like to expand this type of activity)1. The European Bank for Reconstruction and Development, in its 2019 instructions, prohibits the financing and intermediary financing of customers whose activities involve ”keeping animals for the purpose of obtaining their fur and [financing] any activities related to fur production”2. Additionally, ING also does not finance or co-finance the construction of fur farms, a position they first adopted back in 2015.34 They also indicate on their website that they have stopped supporting any fur processing and fur apparel production activities.5

Douglas Lawson, head of the (now bankrupt) oldest fur auction house in the world, wrote in a letter to fur trappers and shippers in autumn last year that “we faced an almost insurmountable difficulty. Banks, which for many years were our partners, decided to withdraw from the fur industry” [6]. Polish breeders seem to confirm the reluctance of the banking sector and its concerns about the profitability of such investments: “Banks are terminating [fur animal breeders’] loan agreements, ordering them to repay loans taken out for a few or more years”, Szczepan Wójcik, a mink breeder from Radom, said on television last November.

Over the past few years, a ban on fur farming has been introduced in several European countries. Recently, such a ban was introduced by Czechia and Slovakia, and after tightening legal regulations in Germany, the last German mink farm disappeared. Discussions about introducing a ban are ongoing in Lithuania, Ukraine, and Bulgaria, among other countries, and the Polish parliament has been discussing this issue for years. Until now, draft amendments to the Polish Animal Protection Act have been blocked by the fur lobby, which is supported by Tadeusz Rydzyk, a controversial conservative priest and influential media personality who runs the ultra-Catholic radio station Radio Maryja. But the results of recent opinion polls are clear: 73% of Polish people are in favor of introducing a ban on animal breeding for fur in the country, and almost 500,000 citizens have signed a petition calling on the government to do so.

We hope that the promises issued by leading politicians to introduce and adopt a law to ban fur farming will be fulfilled during this parliamentary term. The industry is clearly weakened, as confirmed by data from both public institutions and the breeders themselves, says Cezary Wyszyński, President of Viva! There are no valid reasons—ethical or economic—to continue fur farming in Poland.

With a ban on fur farming in the third biggest fur producing country in the world being a real possibility, plummeting production numbers in the biggest one already taking their toll, and fur-free becoming the new fashion norm, we are looking at a global industry in decline. The continuously growing capacity and professionalisation of animal welfare groups worldwide is now contributing to an optimistic outlook for fur animals.

Bogna Wiltowska is the Director of Investigations at Open Cages Poland. She likes good literature, cycling, and Star Wars.

The conference you must attend? CARE 2022!

Recent highlights from our plant-based work